A Step Towards Zero Carbon Emissions

Climate Change is the defining issue of our time and we are at a defining moment. From shifting weather patterns that threaten food production to rising sea levels that increase the risk of catastrophic flooding, the impacts of climate change are global in scope and unprecedented in scale. Without drastic action today, adapting to these impacts in the future will be more difficult and costly.

There could be more drought, heat waves and sea levels rising due to ice melting. The climate could become more chaotic and this is all due to human activity. Preventing the earth’s temperature from increasing will be up to us.

The problem that we face is that there is no consensus that climate change is a problem that needs to be tackled now by every country and its respective government.

To tackle this problem, we need to curtail current emission levels and decrease the carbon dioxide (CO2) in our atmosphere with negative emission technology.

At Carbon Mining, we believe our patented Annulus Core Reactor (ACR) is an effective way to treat captured CO2. ACR locks captured CO2 in a reactant bicarbonate solution which is then pumped to a second reactor and mixed with other additives to create valuable commodities.

The operating ACR plant is scalable and can be used to suit large scale CO2 capture. The scaled-up version of the plant is of a vertical design and has a small footprint.

In addition to the valuable fertiliser commodities, oxygen and nitrogen are also produced as by-products. A portion of this gas mix can also be drawn off and filtered to recover high grade nitrogen which can then be used to manufacture ammonia to be used at the front end of the CO2 sequestration process.

There is no limitation on high grade products which ACR can produce. These products are highly valuable in today’s market. These commodities currently require a lot of energy to manufacture.

However, we believe ACR can reduce the emissions of carbon dioxide gas into the atmosphere as well as producing the following commodities economically:

Carbon Mining was a concept that was started 30 years ago, Terry Reid the founder foresaw the climate change problem that carbon dioxide emissions were going to pose for future generations. Terry believes that the carbon dioxide problem can be solved with chemistry.  With many years of experiments, dedication and hard work, he has finally succeeded in creating the Annulus Core Reactor (ACR).

Carbon Mining will be exhibiting at AOG, for more information on them – visit their website or chat to them on their stand at the show – E31. 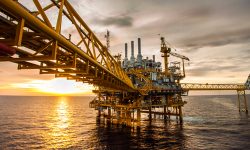 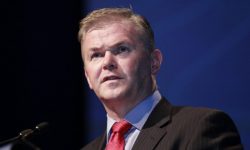