Deep-sea engineering has come a long way. However, engineers still face the problem of designing economical and accurate subsea tie-in spools for connecting pipelines and other deep-sea structures.

Designing tie-in spools requires engineers to undertake many analyses to consider parameters such as site geometry, waves and currents, soil interaction, external loading conditions and a host of other criteria.

The problem with deterministic design

Engineers who use a deterministic approach to analyse the capacity of the spool design develop a load-case matrix by considering all possible variations of parameters combined together. This often results in potentially millions of combinations that need to be considered. To do this faster, engineers need to apply some rationalisation to reduce analyses to a manageable level.

The rationalisation process attempts to identify worst-case scenarios based on assuming the extreme limits of all parameters occurring concurrently. This method often produces an over-conservative design that introduces a different set of problems in the field, according to Jay Nguyen, principal consultant at Atteris.

“The downside of tie-in spools designed using a rationalised deterministic approach is they end up much larger than they need to be, in terms of size and weight,” says Jay. “They require larger vessels and cranes to install, have higher installation and fabrication costs, and pose higher safety risks during lifting and installation.”

To overcome the issues associated with the deterministic design methodology, Atteris says it has developed a risk-assessment approach that uses occurrence data relating to any input parameter, where it exists.

The approach uses a probabilistic technique to determine the likelihood of failure after considering the combined probability of individual parameters occurring.

Engineers commonly use probabilistic assessment, particularly in reliability engineering, to predict when things are likely to fail. But until now, its use in subsea tie-in spool design has been limited.

“With reliable occurrence data, a probabilistic approach provides a direct method for optimising the size of a tie-in spool, eliminating overly conservative assumptions,” says Nguyen. “Case studies we’ve performed on sample data have shown that length and weight reductions of up to 25 per cent could be achieved.”

In Atteris case-study analyses, metrology tolerances are used as the probabilistic input parameters. The metrology refers to measurements taken at the subsea site, providing end-to-end measurements and angles between the ends of the required spool. These measurements are then used to fabricate the tie-in spool to fit.

The accuracy of the metrology measurement is often subject to many variations, such as the undersea environment or the equipment used. Any measurement inaccuracies will result in misaligned spool connections and associated increases in loads on the spools during installation.

The installation contractor will often provide an estimate on the expected metrology tolerances (inaccuracies) based on the conditions, their equipment and their experience. Tolerances are typically defined by a translational (distance) and rotational (angular) tolerance.

“The translational distance is the equivalent of a spool being long/short, left/right or high/low when you try to connect the ends,” explains Nguyen. “Similarly, the rotational tolerances apply a bending moment if the connection faces don’t match up flat when you connect them.”

In a deterministic design process, if any of the worst-case extreme scenarios analysed result in a failure, the design is considered inadequate and must be modified. But in a risk-based design process, a worst-case extreme scenario failure doesn’t necessarily mean the design is inadequate as long as the likelihood of a failure occurring is lower than the allowable risk. This is defined in the relevant design code.

To use a risk-based process (instead of extreme values), an occurrence distribution would be specified for the input parameters (for example, metrology dimension) and a probabilistic assessment would be performed using a Monte Carlo simulation or a Response Surface Method process.

“We can now consider a large number – potentially millions – of intermediate combinations of tolerances between the extreme combinations and determine the actual number of times you would get a failure, according to the design criteria,” says Nyugen. “If the likelihood of you actually getting a failure when considering all possible combinations is less than the allowable risk-based criteria, then the design is considered to be acceptable from a reliability point of view.”

Jay Nguyen has over 21 years of experience in the oil and gas industry including subsea design projects (from Concept Select through to Detailed Design), construction support, and pipelay. With extensive project experience, working in the NWS of Australia, North Sea/UK, Asia, West Africa, Gulf of Mexico and the Caspian region, Jay has developed technical and delivery expertise in subsea pipelines/flowlines, rigid riser and tie-in spools design, flexible pipe and cable installation engineering.

AOG 2021 will run 10-12 March at the Perth Convention and Exhibition Centre. 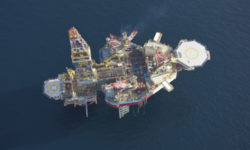 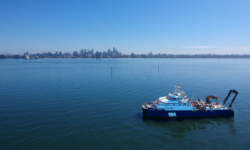 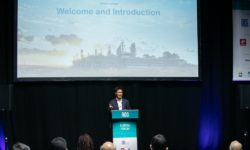