For decades already, Wärtsilä gas and dual-fuel (DF) engines have been at the forefront of the increasingly rapid shift towards gas fuel. More than engines alone, however, are needed to make the use of gas fuel completely viable. For this reason, Wärtsilä has developed a portfolio of products and solutions that cover the entire gas value chain.

The general consensus of predictions is that the demand for natural gas will grow at a steady rate over the coming few years. Experts are predicting a compounded annual growth rate (CAGR) of at least two per cent. The International Energy Agency, in its ‘World Energy Outlook 2013’, report projected a rise in demand for gas of 50 per cent between 2010 and 2035.

This steady movement towards the adoption of gas fuel is being driven by the dual ‘e’ factors of economics and environmental legislation. The price relative to energy content of gas is clearly favourable when compared to other fossil fuels, and this is likely to be increasingly the case as shale gas becomes more and more available. On the environmental side, clean burning gas has significantly lower emissions, particularly SOx and CO2, than oil and coal.

The global demand for liquefied natural gas (LNG) is expected to show similarly strong growth. This growth in production has led to similar expansions in LNG receiving terminal capacity and the general LNG infrastructure.

Involved at every stage

Wärtsilä’s acquisition of Hamworthy plc in January 2012 allowed it to uniquely position itself as a total solutions provider serving the entire gas value chain. The expertise gained through the acquisition includes small-scale LNG liquefaction, reliquefaction, regasification, and various LNG fuel systems. Since Wärtsilä was already a technology leader in gas and dual-fuel combustion engines in the marine and power plant industries, these additional offerings were significant. The gas chain extends from the initial gas exploration and drilling processes, to the production and liquefaction of LNG, which then has to be transported to storage and distribution facilities, and finally to the end users who utilise LNG in their operations. Wärtsilä has products and solutions that are relevant to each of these stages.

Furthermore, Wärtsilä Ship Design with more than 50 years experience and offices throughout Europe and Asia, is able to provide optimised vessel designs and integrated onboard systems specifically geared, not only to the optimal use of LNG as fuel, but also to the special requirements of offshore applications.

Wärtsilä Oil & Gas has developed innovative LNG production plant solutions based on well-proven equipment and process control principles suitable for small to medium size liquefaction capacities. The first free-standing small scale LNG plant in Northern Europe was the Snurrevarden facility in Norway supplied by Wärtsilä. Since then the company has delivered a number of complete onshore LNG production facilities, including the introduction of an improved liquefaction system. The LNG production plant for Gasum in Finland, delivered in 2010, uses surplus liquid nitrogen (LIN) as the cooling medium for LNG generation, and incorporates new technology that reduces LIN consumption by some 50 per cent.

Typically, large LNG carriers transport LNG from the points of production to consumption locations. Wärtsilä is heavily involved in this sector. Since the introduction of Wärtsilä dual-fuel engines, 65 per cent of all new LNG carriers have been fitted with this technology. A recent example is the ‘Coral Energy’ owned by the Dutch tanker operator, Anthony Veder. More than 100 such vessels have thus far been supplied with Wärtsilä DF engines. The ‘Coral Energy’ also features Wärtsilä auxiliary engines and is the first ever newbuild with a DF engine mechanically driving the propeller. Altogether, some 1000 Wärtsilä DF engines have been sold for both marine and land-based applications, with more than 9.5 million running hours already accumulated.

The general idea of liquefying natural gas is to reduce the volume so as to make transportation easier. LNG is regasified at the receiving terminal through vaporisation. Wärtsilä offers both onshore and shipboard floating terminals. In an onshore jetty regasification unit (JRU), the regas unit is mounted on a dedicated jetty while a floating storage unit (FSU) is moored alongside to hold the LNG buffer stock. Wärtsilä supplied this solution to the Petronas LNG receiving terminal in Melaka, Malaysia.

The ship-based option, commonly known as a floating storage and regasification unit (FSRU), is essentially an LNG carrier using the cargo tanks as onboard storage and with the regas facilities installed on the deck area, sending gas into a pipeline. The economic case presented by FSRUs is strong when compared to onshore import terminals. The permit procedures are simpler than for onshore applications, while the projects can typically be delivered in half the time and at significantly lower cost. FSRUs can also be built in remote areas with an associated subsea pipeline. Wärtsilä has a market share of about 40 per cent in floating LNG terminals.

Most receiving terminals, however, are still built with onshore storage and Wärtsilä has the know-how and capability to supply smaller and medium size terminals. Recently, Wärtsilä signed a turnkey contract to supply a liquefied natural gas (LNG) receiving terminal to be built in Tornio, Finland with the intention to supply local industries with natural gas, as well as ships – particularly local icebreakers – with LNG. This project combines a number of the company’s in-house competences.

The completion of the gas value chain naturally is with end-user applications. The arguments in favour of natural gas and LNG as fuel are compelling, and both land-based power plant and marine shipping decision makers are increasingly opting to move away from conventional liquid fuels. The use of LNG fuel is now available for vessels of virtually all types. Wärtsilä has made this possible by extending its portfolio of dual-fuel engines to include low-speed, 2-stroke DF engines, which are Tier III compliant in gas mode, to complement its well established 4-stroke, medium-speed DF engine technology. Not long after its public launch, the new 2-stroke, low pressure, dual-fuel engine was selected by Terntank Rederi A/S, the Denmark based tanker operator, to power two new environmentally advanced, 15,000 DWT tankers. 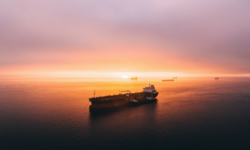 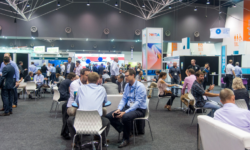