The future of the oil and gas industry

Dale Granger – Editor, Oil and Gas Investor Australia casts his predicitions of the future of the oil and gas industry

That is a difficult one due to the constantly changing market conditions, but as this time I would slightly favour Woodside’s Browse Project followed by LNG’s Fisherman’s Landing in Queensland

China finding the technology and water access to unlock the code to its shale gas potential.

Difficult to deal with unions such as the MUA who are pressing for unrealistic and unsustainable wages that have given Australia a bad rap for being too costly.

I am no forecaster, but I think US$80 is a solid assessment. Apart from Saudi Arabia and a few other low cost producers, OPEC countries such as Venezuela and Nigeria, not to mention Russia, cannot afford prices to stay low for too long. Neither can the Saudis. Even though they can produce at US$5-6 a barrel, the Kingdom needs higher oil prices to secure peace and stability in the country. As a result, prices will not remain where they are beyond mid-2015.

A very significant impact, because the margins are so tight for oil producing companies such as Senex and Buru, who have no chance of turning a profit at current prices. LNG prices are also affected, even though contracts have a floor and a ceiling, and will drop substantial on the spot market. However, there is a silver lining. Australia has first mover status in LNG projects that are already under construction and will be completed. That is not so for many US, Canadian and African projects yet to reach FID that might struggle without the economics supporting such grand investments.

Without a doubt. Australia is expensive enough to operate in without drastically reduced margins diluting the economics to barely profitable, if at all, margins. Companies are already trimming the fat and will find it difficult to fund exploration activities in the current trading environment. 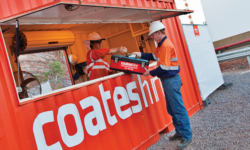 Switching on when things shut down