Statoil move a boost for exploration in Great Australian Bight

The Australian Petroleum Production & Exploration Association (APPEA) has welcomed the announcement that Norwegian oil and gas powerhouse Statoil will pursue plans to explore for oil in the Great Australian Bight.

Statoil has signed a swap agreement with BP and has been granted regulatory approval to take over two exploration permits and extend its work programme in the Great Australian Bight.

Statoil now joins a number of other companies, including Chevron, in pursuing explorations plans in the Bight.

“Statoil is a major player in the global oil and gas industry with operations in Europe, Africa, North America and Brazil. Today’s announcement is good news for South Australia and a vote of confidence in the Great Australian Bight’s potential as an oil producing region,” Mr Doman said.

A Senate Inquiry reported last month with a clear majority of its voting members supporting oil and gas activities in the Bight, subject to robust regulatory standards.

The National Offshore Petroleum Titles Administrator (NOPTA) has approved the transfers and Statoil is now operator of EPP 39 and EPP40. Statoil has also been granted a suspension and extension of the work commitments in EPP39 and EPP40. The approved extension includes the drilling of one exploration well in EPP39 before 30 October 2019.

“We are very pleased to have reached these agreements and found a way forward for our exploration project in the Bight. With this transaction, we have strengthened our position in this promising, unproven basin with a large exploration upside. This is in line with Statoil’s global exploration strategy of accessing at scale and targeting high-impact opportunities,” said Pål Haremo, vice president of Exploration in Australasia.

“We have a good understanding of the geology in our licence area, based on high-quality 3D data analysis. We believe there could be an active petroleum system within our permit area and we are now positioned to test this potential under favourable market conditions for exploration drilling,” said Haremo.

Statoil has mapped a number of prospects in its licence area, including the Stromlo-1 well candidate in EPP39. Stromlo offers high-impact potential in a frontier exploration setting, while EPP40 represents upside exploration potential.

“We will now take the necessary time to systematically work through all the preparations needed to drill safely. While we are building on the previous work done in these licences, our operational plans will have to be redeveloped,” said Jacques-Etienne Michel, Statoil’s country manager in Australia.

“In the end, it will be up to the Australian regulatory authorities to grant the necessary approvals for the activity to go ahead. Over the coming months, we will engage in dialogue with a wide range of stakeholders, including the South Australian community,’ said Michel.

“Australia has had, for decades, a safe, sustainable petroleum industry offshore Victoria, Western Australia and the Northern Territory.  There is absolutely no reason South Australia cannot also support exploration and development in harmony with its marine environment,” Mr Doman said.

“The economic benefits could be enormous.  While it is very early days, success in the Bight would attract substantial investment to South Australia and see significant local job creation.”

Subscribe now to be the first to hear from the AOG team when registrations open for 2018. 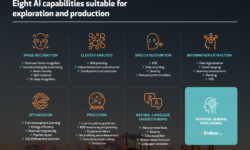 Is artificial intelligence the future of E&P? 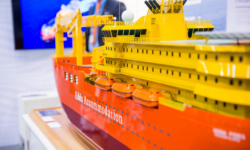