Veena Mendez, founder of Women in Oil and Gas, talks with Gas Today about attracting and keeping women in the male dominated industry.

Growing up in Dubai surrounded by the booming oil and gas industry, Veena Mendez’s career path was almost certain from the moment she could read or watch the daily news.

Some years and a few sea-changes later, her rise to team leader at Chevron Australia is galvanising female interest in the oil and gas sector – one of the country’s most notoriously male dominated industries.

“The oil and gas boom was all around me – in the media, in the spotlight. So establishing a career path in that industry was quite natural for me as a young girl,” she says.

Mendez recalls her early days working in the Middle East’s energy industry as being explicitly male dominated. “It’s a different culture there.”

But when she moved to Australia more than a decade ago, she says there wasn’t too much difference when it came to the workplace.

“My parents gave us all the freedoms we wanted as children, and taught us all the values of doing the right thing. But they also taught us not to do something just because someone says you should,” Mendez told Gas Today.

“You should challenge it and it should make sense to you. And that has played in my mind everywhere I have gone.”

Subjects to STEM diversity in oil and gas

Australia’s oil and gas sector has long been a boy’s club.

From top to bottom, labourers to engineers to CEOs, the hierarchy in the oil and gas sector is dominated by men.

In 2012 the Australian Petroleum Production & Exploration Association estimated just 13 per cent of the oil and gas workforce was made up of women – almost four times less the Australia’s national average of women in the workplace of 46 per cent.

And since then, signs of a more diversified workplace have not been forthcoming.

Data from the Workplace Gender Equality Agency published last year shows women make up just 24 per cent of jobs in the gas, electricity and water services industries while in the mining sector, that figure drops to about 14 per cent.

But the daunting figures are not what prompted Mendez to first start Women in Oil and Gas Australia – a group dedicated to encouraging young females to explore careers in the sector.

Mendez says it all starts with encouraging young girls at high school level to take up science, technology, engineering and mathematics (STEM) subjects.

“Increasing our presence in schools has seen more and more girls taking up those STEM subjects at high school and increase the pool of women qualified to work in energy, technology, construction, and oil and gas. Definitely through doing those subjects they will be able to inspire others to take the same leap because they will probably be the role models one day too,” Mendez says.

The Office of the Chief Scientist of Australia last year examined the current and future state of high school and tertiary STEM subjects.

According to the Chief Scientist, all subjects except entry mathematics either lay stagnant or saw declines in student take-up rates between 1992 and 2012. This occurred against a backdrop of increasing demand for science- and mathematics-related professions in Australia.

“Taking up STEM subjects at a school level will undoubtedly promote your thinking in the resources sectors and will provide role models in the technical professions,” Mendez says.

“And having better representation of girls at school level education will certainly help drive more women to progress through operational roles. In Western Australia there is particular ongoing demand for people in operational roles. It is hard enough to get the male professionals into the industry let alone women. Women with the same skills and training can certainly help meet this demand.

We need more women in the pipeline

Mendez’s career has seen her work for some of the biggest players in Australia since 2004 and she also sits on the board of the Zonta House Women’s Refuge and the Society of Petroleum Engineers WA.

This combination of leadership roles has given her a unique perspective on how companies can better accommodate females in the workplace and foster their talents.

A mix of services and flexibilities to accommodate women who juggle primary caregiver responsibilities, and encouraging women’s confidence in the workplace are two key areas that Australian oil and gas firms should consider when approaching the gender equality issue.

“Obviously many women take time off for maternity leave. And what we have realised is that for women it is not that there is a glass ceiling or a sticky floor with regards to career prospects,” Mendez says.

“In actual fact, it is more that there is a leaking pipeline. We find many women exit the workforce for maternity leave and essentially fall out of their careers.”

According to the Chevron team leader, simple services such as affordable and convenient childcare and flexibility in hours could spell the difference between a woman returning to the workforce, and a woman that does not.

“It is about having those facilities in place to help people make the decision to come back to work a bit easier.”

But at the very centre of the gender disparity debate is the issue of women’s confidence and ability to speak out about their achievements and be open about their ambitions, according to Mendez.

This issue was highlighted by the Australian Business Council in 2013 when it stated that while women are equally as ambitious as men, they are “less deliberate” when seeking opportunities for career progression.

Consequently, the council called on Australian companies to implement planning discussions with women early in their careers to identify their aspirations.

The council also recommended companies consider accelerating women’s early development to get them further along their career paths before they might have children, and expose them to other areas of the business in order to eliminate stereotyping of certain positions.

“Women generally do not market their work,” Mendez says.

“Definitely organisations do have diversity plans and do try to promote diversity from different aspects. But I do think it is the small things that are making big impact. Things such as increasing a women’s self-confidence is not really seen as an issue.

“Women are technically very savvy, they do an amazing job and are not out there to brag about it. They see themselves talking about their work as bragging. But it is totally fine to promote your work. It has nothing to do with gender, but all to do with letting people know about the work you are doing.”

Now with a daughter of her own, Mendez is keen to dismantle the barriers that in the past have held women back from extending their careers in the oil and gas industry.

And the very thought that any industry is “male dominated” is the first barrier that should be dispelled.

“The thing that is holding us back is firstly thinking that anything is just male orientated,” she says.

“That in itself could be one of the reasons for where we are today. I do not want that thinking to hold us back. Things are certainly changing for the better, and we need to work hand in hand with men to change that. There are many male champions in many organisations especially in oil and gas that are very happy to champion others irrespective of gender. We should not see it as a discrimination or a bias.”

WIOG has established a number of initiatives to attract women to the oil and gas industries.

For the past three years WIOG has been partnering with Chevron on ‘Powering Careers in Energy’ program that has given more than 400 WA high school students insights into oil and gas careers by sharing the experiences of industry professionals.

The group’s university engagement program provides UWA and Curtin students with plenary sessions with industry leaders and tips on transitioning into the oil and gas sector and graduate programs.

And for current employees of the sector, WIOG has also launched an on-site initiative at Barrow Island, Onslow, Karratha and Darwin, which gives the largely isolated workforce the chance to share their journeys and inspire each other while they are based far from family and loved ones.

WIOG has also pioneered a structured mentoring facilitation program with a difference – mentees are specifically matched with high profile mentors within the Oil and Gas industry that are within streams that mentees are currently in or are working towards. Demand for this program has outstripped available places, bringing forward plans for the second series of this program.

For more information about Women in Oil and Gas Australia and their program of events visit http://www.womeninoilandgas.com.au/ 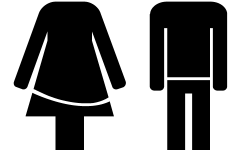 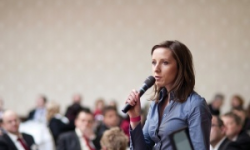 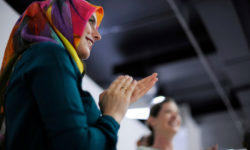